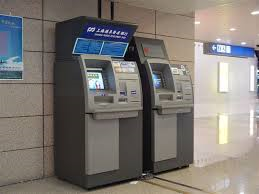 Under Massachusetts Law, a defendant who has the requisite intent to commit theft or any felony, and confines, maims, injures or wounds, or attempts to do same, to another individual, in order to steal from a building, bank, safe or other depository of money, and is found guilty, can be sentenced to state prison for life.  The acts covered by this law also include, intimidation, force or threats of force, which compel the victim to disclose or surrender the means by which such areas con be opened, can also by found guilty. (see M.G.L. 265 s. 21) In a February 2015 decision, the Massachusetts Supreme Judicial Court held that where the defendant (along with an accomplice) intimidated victims into withdrawing funds from an automated teller machine (ATM) and handed those funds over to him, could be charged with violation of the above law.  As part of the defense in this case, the defendant through counsel, argued that he was actually stealing money from the victims person, and not the bank itself, in order to avoid the convictions and inherent exposure to a lengthy state prison sentence.  The defense also argued that it was his intent and purpose NOT to steal the property situated at the ATM, but to take the money from the victims AFTER extraction from the ATM.  The Supreme Judicial Court disagreed in the case of Commonwealth v. McGhee (February 13, 2015).

The facts adduced at trial were that in May of 2010, the defendant, along with his accomplice, approached the three victims (3 males) in a Worcester parking lot, and ordered them to get into a vehicle owned by one of the victims through the use of threats.  After confining the remaining two males in the vehicle, the defendant through threats and some use of physical force, was able to get money from the three males as a result of withdrawals from differing ATM’s.  Throughout this period, one of the male victims was the driver, operating at the direction of the defendant and the accomplice.

The defendant was also charged with aggravated kidnapping (see M.G.L. 265 s. 26), and armed robbery (see M.G.L. 265 s. 17), along with the violation of the above referenced statute, but was found not guilty of the aggravated kidnapping and armed robbery, by the jury.  Although we can never know for sure why a jury may find the one that it does, an educated hypothesis may be formulated predicated upon one’s background, training, education and experience.  Being a highly experienced former prosecutor that has conducted grand jury investigations and subsequent jury trials on such charges and related matters, I may be able to opine (albeit only an uncorroborated hypothesis).  The aggravated kidnapping statute is defined as:

In analyzing the above statute and applicable case law, it is an arguable proposition that the jury could have found that the three males were confined, held against their will, or forcibly carried, under the fact pattern presented in the case.  there is no question that the defendant would not be liable under the second paragraph given that there were NO indications of weapons, or threatened use of weapons.  So why not guilty of the first paragraph?  One can never really foresee how a jury may decide or what they decide, but they may have found that because there was no use or threatened use of a weapon; the fact that the victims were three males; the fact that one of the victims was the individual who actually drove the vehicle; and remembering that the prosecution has the burden of proving beyond a reasonable doubt, EACH and EVERY element of each charge, along with the unanimity of such finding.  The jury may have thought that there may not have been enough there to meet that burden, also taking into the account the possible variables mentioned above.

Why not guilty of armed robbery? 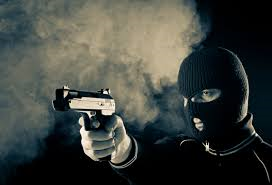 Well under the statute and applicable case law, there was no indication that the defendant possessed a weapon in order to conduct the above acts of theft.  Also, under Massachusetts Law, a defendant can be charged and found guilty of armed robbery, even if he or she did NOT possess a weapon.  In cases where an individual threatens another by indicating the possession of a weapon in which causes fear under which money is turned over, and they immediately leave the scene and are apprehended later, can be charged with armed robbery as opposed to unarmed robbery.  The clear factor is, whether the defendant had the adequate time to dispose of the uttered weapon, before being apprehended.  Under Massachusetts Law that time can be rather quick, as the inherent disposability of a knife or gun, lends itself to being disposed of rather quickly.

As a former prosecutor, I investigated, prosecuted and tried many such cases, and related offenses, at the district court and superior court level.  That also included working with various local, state and federal agencies that were focused specifically in the areas of bank robberies.  The interesting aspect of such cases was the development of evidence through DNA, Fingerprints, Ballistics, Identification Procedures, and Cell Phone Evidence, all of which I received training on throughout my career as an assistant district attorney.  Whether you find yourself in the middle of an investigation, facing indictment, or already have been charged, it is crucial that you know your rights.  Feel free to call Attorney Papachristos, for an initial consultation.