Home
Articles
Is the Duration of Temporary Alimony Included in Calculating the Maximum Presumptive Duration of General Term Alimony?

Is the Duration of Temporary Alimony Included in Calculating the Maximum Presumptive Duration of General Term Alimony? 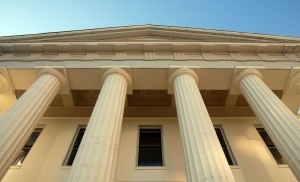 There have been several changes and advancements in the area of Massachusetts Family Law,  including the Alimony Reform Act of 2011, St. 2011 c. 124,  setting out in defining the length and type of Alimony one may be able to receive.  The Supreme Judicial Court (SJC) in ELAINE M. HOLMES  vs.  KENNETH E. HOLMES, decided on April 2, 2014,  considered whether alimony paid under a temporary support order during the pendency of a divorce proceeding, pursuant to Mass.Gen.Laws c. 208, § 17, must be included in calculating the maximum presumptive duration of general term alimony under § 49(b).

In this case, Kenneth Holmes (husband) and Elaine Holmes (wife) were married on May 25, 1991, and had three children and wife filed a complaint for divorce on May 31, 2006.  On June 12, 2006, and again on November 3, 2006, the judge ordered the husband to pay $368 per week in temporary alimony, and $600 per week in child support pending the divorce proceeding.  The judgment of divorce, entered on October 9, 2008, ordered the husband to pay the wife $1,300 per week, of which $700 was classified as alimony and $600 as child support, until the death of the husband or the wife, or the wife’s remarriage.  The marriage was less than twenty years but over fifteen years, which according to § 49 (b) provided a presumptive end date of a duration no longer than eighty percent (80%) of the number of the months of marriage, as applied was twelve years.  This calculation was done by the Court subsequent to the final separation agreement which entered in 2008 as a result of wife’s complaint for modification seeking increased alimony, on July 20, 2011.  The husband also filed for modification as a counterclaim, of the child support order.

The judge declined to change the weekly amount paid by the husband to the wife under the divorce judgment, but ordered that all of it be paid as alimony, which conferred a tax advantage on the husband.   In setting the termination date, the judge calculated the length of the marriage (fifteen years and seven days) and the maximum presumptive duration of general term alimony under the reform act for a marriage of this length (twelve years), and ordered alimony to continue, subject to other contingencies, for the maximum presumptive duration.  The judge did not subtract the time period in which temporary alimony was paid (two years, three months, and twenty-five days) from her calculation of the maximum presumptive duration of general term alimony.  The husband filed for relief of the Court’s final judgment, arguing that the term of alimony should be calculated from the service of the divorce complaint rather than the judgment of divorce, which was denied, and after appeal, the SJC transferred the case for consideration on its own motion.  As part of his argument, argued that the wife delayed final resolution of the case in order to receive further monetary gain.

This was one of the many cases that will be generated by the application of the Alimony Statute to pending divorce cases, and will serve as a substantial basis in guiding practitioners to interpret what the Legislative intent was at the time the statute was enacted, as it applies to Alimony.  It is important to note the fluid nature of such developments in the area of Alimony, and as such it is just as important, if not more, for practitioners to be educated and up-to-date on recent developments.  Conversely, being able to formulate cogent and persuasive arguments on behalf of a client’s interests in a particular situation is germane for a practitioner trying to accomplish the best result for his or her client. 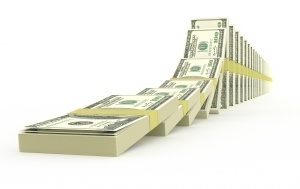 As part of the many considerations and broad power in equity of the Probate Court, it can make decisions based on what it believes is equitable under the facts presented, so long as there is no abuse of discretion.  In this case, the SJC holding that when one also considers the health problems confronted by the wife and her limited capacity to earn, the judge did not abuse her discretion in deciding that the appropriate duration of general term alimony was the maximum presumptive duration.  In addressing one of the husband’s assertions the Court did not find that the wife delayed final resolution of the case, and as a result not requiring the Judge to consider the duration of temporary alimony for general term alimony.

Always consult with an experienced Family Law attorney who will be able to help you understand the complex legal and financial issues presented in such cases.  Attorney George N. Papachristos is an experienced litigator in the court system, and always cognizant of his client’s legal consequences and concerns.  Call today to schedule a confidential consultation.