Home
Articles
Does Massachusetts Law Apply In Enforcement Of An Out Of State Restraining Order?

Does Massachusetts Law Apply In Enforcement Of An Out Of State Restraining Order? 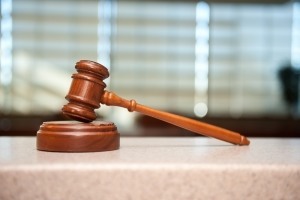 Massachusetts Law provides for the imposition of a restraining order against an individual, where there is or was a familial or household nexus (“family or household members”)shared between the parties and there is evidence of abuse as defined under Massachusetts General Laws Chapter (M.G.L.) 209A §1.  Massachusetts Laws also provide for the imposition of a prevention order, where the “family or household” elements are not present, also known as a Harassment Prevention Order, M.G.L. Ch. 258E.  In a case of first impression, the Supreme Judicial Court (SJC) in Commonwealth v. Shea, considered, among other issues, whether Massachusetts has the legal authority to enforce an Abuse Prevention order issued from another State, specifically New Hampshire, and whether Massachusetts governing law applies in its prosecution and instructions to the jury.

The restraining order at issue in this case was issued in New Hampshire against the defendant, and the violation occurred in the Quincy District Court, following the defendant’s attempt to have an extension of  temporary 209 A order issued against the victim in this case, which was denied.  Following the denial of the defendant’s 209 A,  the defendant appeared to take a photograph of the victim with her cellular telephone, and stated, “Now everyone will know who you are,” among other statements.   A complaint issued in the District Court charging the defendant with, inter alia, violating the New Hampshire abuse prevention order, as prohibited by G.L. c. 209A, § 7. After her conviction and sentencing, the defendant appealed, and the SJC transferred the case for consideration on its motion.

The defendant argued that New Hampshire law should control when defining what the required elements for a conviction are, specifically the requisite intent. If the defendant had violated the protection order in New Hampshire, she could not be convicted of its violation unless the jury found beyond a reasonable doubt that she had “knowingly” violated the order, as defined under New Hampshire law. The defendant contends that the same standard should apply where the alleged violation occurred in Massachusetts.  The intent element is defined differently in Massachusetts and under Massachusetts law, the Commonwealth need not prove a knowing violation of a protection order; instead, the Commonwealth bears the burden of proving, beyond a reasonable doubt, that the defendant knew that the relevant terms of the order were in effect and, where the evidence fairly raises the issue, that the violation was not accidental or incidental to lawful activity. See Commonwealth v. Finase, 435 Mass. 310596 (1997), cert. denied, 522 U.S. 1058 (1998); Commonwealth v. Raymond, 54 Mass.App.Ct. 488, 492 (2002).

This question was one of first impression in Massachusetts and as noted in the SJC’s decision, neither the Commonwealth, the defendant through counsel, nor the Court could find case law on point.  In a very important decision the SJC concluded that, where an out-of-State abuse protection order is allegedly violated in Massachusetts and prosecuted under c. 209A, the violation is governed by Massachusetts law and the jury should be instructed in accordance with Massachusetts law. 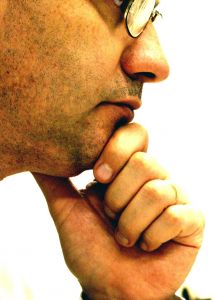 Understanding and being able to dissect the finite requirements of a criminal charge is an indispensable trait of a skilled criminal practitioner.  Every element of a criminal charge needs to be proven beyond a reasonable doubt by the prosecution in order for there to be a conviction sustained against an individual who has been charged with a violation.  A practitioner must not only know what the elements of a specific charge are, but also be aware of how the Court has interpreted and applied the definition of such elements when looking at a specific case.  In domestic and family related charges and or restraining orders, there is almost always an interplay between the criminal justice system and the family and probate court.  There are situations where a domestic charge of assault and battery is accompanied by a restraining order, and in some instances a subsequent or pending family law matter, such as a divorce or custody complaint.  Understanding the complex interplay and overlap between the two areas, is incumbent upon a skilled criminal and family law practitioner.

George Papachristos is a former prosecutor who is in private practice, specializing in criminal defense, family law and civil litigation.

Always consult with an experienced criminal defense attorney if such questions or concerns arise.  Attorney George N. Papachristos has extensive experience in the investigation and prosecution of criminal cases, and can use that experience to make sure your rights are protected.  Call today to schedule a confidential appointment.