Home
Articles
Does Massachusetts Allow for Hearsay Testimony to be Admitted Against a Probationer to Establish Probable Cause for a Violation of Probation?

Does Massachusetts Allow for Hearsay Testimony to be Admitted Against a Probationer to Establish Probable Cause for a Violation of Probation? 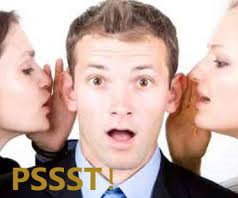 The Supreme Judicial Court (SJC) on March 14, 2014, upheld a lower Court’s finding that hearsay presented at a probationer’s probation violation hearing comprised of police officers’ out of court testimony relayed to them from civilian witnesses, was substantially reliable and trustworthy to base a finding of probable cause for the existence of a new criminal offense. Commonwealth v. Bukin. The question may arise as to why hearsay, also known as any out-of-court testimony, was allowed in against an individual charged with a crime which also was the basis of the probationer’s possible loss of liberty. It is axiomatic that an individual charged with a crime has the absolute right under the Sixth Amendment to the United States Constitution to be presented with the testimony of his accusers in Court, and be allowed as a right to cross examine them, but that absolute right is lessened when an individual is on probation for a crime, and commits another offense while on probation. As practitioners in criminal law, we are aware of the lessened application of an individual’s Due Process rights, but it may come as a surprise to every day individuals who have no, or very limited contact with the Massachusetts criminal justice system. The defendant in this case asserted that his Due Process rights to confronting his accusers, were violated and appealed the District Court’s findings.

In this case, the defendant was serving a period of probation for unrelated convictions, which probable cause was found by the Court to believe that he had violated the conditions of his probation by allegedly committing new criminal offenses. At the defendant’s subsequent probation revocation hearing, the sole evidence against the defendant was hearsay testimony presented by two police officers indicating that he had committed certain sex offenses against two relatives. Relying upon hearsay evidence that he determined to be substantially reliable and trustworthy, and finding that good cause thus existed for proceeding without a witness having personal knowledge of the evidence presented, a District Court judge concluded that the defendant had violated the conditions of his probation, revoked his probation, and ordered him incarcerated.

(1) the level of factual detail, rather than generalized and conclusory assertions;

(2) whether the statement is based on personal knowledge and direct observation;

(3) whether the statement is corroborated by evidence submitted by the probationer;

(4) whether the statement was provided under circumstances that support the veracity of the source; and

(5) whether the statement was provided by a disinterested witness.

The SJC held that the District Court correctly employed the five factors discussed in Patton, supra, when assessing the reliability of the hearsay evidence presented by the civilian witnesses through the testimony of the police officers that had conducted their interviews. Keeping in mind that the discussion of hearsay under these parameters lends itself to a different interpretation than that of a criminal trial. but it is important to note that there may have been a different finding had there been presented multiple levels of hearsay to the Court. That is, assuming for purposes of this example, the testimony was presented through police officers that had been relayed this information by officers who interviewed these witnesses, but the officers who interviewed the civilian witnesses, did not testify. That presents what is commonly known as “totem-pole” hearsay, or multiple levels of hearsay.

The SJC in this case also discusses the applicability, or inapplicability of bifurcated nature of Rule 6(b) of the District Court Rules for Probation Violation Proceedings which commonly applied the requirement that not only hearsay needed to be reliable, but also a showing of good cause as to why the witness who has personal knowledge of the evidence presented is not testifying. The Commonwealth needed both prongs met before a probation violation hearing would proceed against a probationer. The SJC also held that the requirement of both prongs under 6(b) no longer reflects current Massachusetts case law, holding that a finding of substantial reliability is itself sufficient to demonstrate good cause in such circumstances.

This is an interesting case for not only legal practitioners in discussing the abrogation of the showing of “good case” requirement under 6(b) if substantial reliability is shown, but also for those of us who watch the occasional courtroom movies or television shows, that invariably and inevitably present hearsay issues.

George Papachristos is a former prosecutor who is in private practice, specializing in criminal defense, family law and civil litigation.

Always consult with an experienced criminal defense attorney if such questions or concerns arise. Attorney George N. Papachristos has extensive experience in the investigation and prosecution of criminal cases, and can use that experience to make sure your rights are protected. Call today to schedule a confidential appointment.