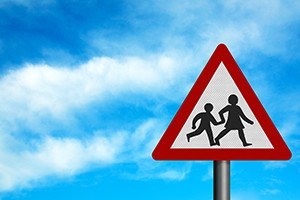 Understanding and recognizing the inevitable affect a divorce or complaint for custody and support pursuant to G.L. 209C, will have on children of that marriage or of the splitting couple, is an indispensable and instrumental aspect in the practice of Family Law.

Posting to a blog about the actual subject matter would not serve justice on the complexity and depth of recognizing, addressing and coping with the effect of such litigation on children.  This is meant only as a cursory overview of some of the steps involved in the process and some of the factors considered by the Court when making such monumental decisions involving the care and custody of the children.

Who is really the best advocate for what is best for the children?   One of the parents?   Both of the parents?  The attorneys representing each side?  Each side may think, and truly feel that their actions in bringing an action forward is done with their child’s welfare in mind, but factually and legally that may not be the case.  So who then is acting with the children’s interests in mind, if it isn’t one of the parents?  This is where the Court must consider what is in the best interests of the child; a term almost synonymous to family law, and a term many are familiar with, especially practitioners.

The Court has to make a factual and legal determination as to what is the “best interests of the child”, in that the happiness and welfare of the children shall determine their custody.   G.L. 208 s. 31.   S. 31 also defines the terms encompassing Sole Legal Custody, Shared Legal Custody, Sole Physical Custody, and Shared Physical Custody.   After a complaint for divorce has been filed and prior to the rendering of a final judgment on the merits, there is a rebuttable presumption that the parents will have shared legal custody of the minor child(ren) of the marriage.  See G.L. 208 s. 31.  That presumption may be not be imposed if the Court makes written findings that such shared legal custody would not be in the best child’s best interest.  Freedman v. Freedman

Preparing your client ahead of time how the children may be affected by what is about to transpire, is something that can be done in many ways.  One of the ways  education through the Guidelines for Cooperative Parenting, prepared by the Parental Access Committee of the Probate and Family Court.

The decision of which parent will promote a child’s best interests is a subject peculiarly within the discretion of the judge.  Bak v. Bak.  There is broad discretion and the widest range of permissible evidence given to the Court when determining custodial matters involving the children.  Freedman v. Freedman.   Although not exhaustive, there are some of the factors the Court will look at when attempting to make a determination as to custody:

A lot of the issues involving the determination of the best interests of the child can be made by a Guardian Ad Litem, appointed by the Court to investigate and report factual findings, to make recommendations as to custody of the child, or to represent the Child’s voice in the Courtroom throughout the litigation process.

There are costs associated with the imposition of the GAL and the Court can have the GAL submit their fees for payment by the state or impose the fees be split between the two parties. 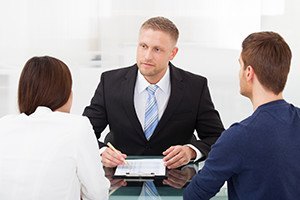 There are several ways a GAL can come into a case:  as a an attorney to represent the best interests of the child for purposes of the pending litigation, but not do an investigation.  A GAL can come in as an investigator under G.L. 215 s. 56A, and in that capacity, they conduct an investigation and do not represent any legal interest for any party in the case.  They would gather and report factual information that will assist the Court in making decisions as to custody, visitation and other decisions related to the welfare of the Child.  GAL’s normally investigate those areas specified by the Court, but can investigate factual issues that weren’t identified by the Court at the time of the appointment if they believe they are relevant to the legal issues identified within the appointment.  They can’t make any legal decisions or make findings on issues of credibility, and in that capacity, cannot give legal advice or act as an advocate or attorney for the child.  GAL’s can also file G.L. 119 51A  if they find cases of child maltreatment.

As stated earlier, this post isn’t intended to be an exhaustive discussion into just a vast and important area, but was more intended to appraise the direct and collateral consequences of the splitting up of parents.  Recognizing that these issues exist is one of the biggest and most important steps in taking, when considering what action a parent takes.  Looking at other possibilities outside of litigation, such as Mediation, is an option that parties can consider.

So, a parent may ask themselves:  “How am I not in the best position to know my child’s best interests?”  There is no clear answer, and as practitioners we know that our default preliminary response to a question requiring further inquiry is “it depends”.  Keeping an open mind and knowing what your potential options are, are important traits to posses as individuals and as practitioners of law.

Always seek the advice of a knowledgeable attorney when and if complicated questions or issues arise.  The Law Office of George N. Papachristos is always available to answer any questions.