Home
Articles
Can An Out-Of-State Support Order Be Modified In Massachusetts?

Can An Out-Of-State Support Order Be Modified In Massachusetts? 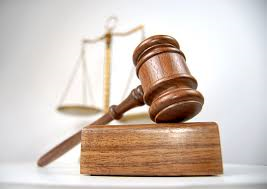 In a February 2015 decision, the Supreme Judicial Court found that a California Support Order could not be modified by subsequent stipulated agreements that were entered in a Massachusetts Family and Probate Court.  The Supreme Judicial Court did find that the original California order that mandated the father to pay support, was enforceable under the Uniform Interstate Family Support Act, (UIFSA) as it establishes continuing, exclusive jurisdiction in the State issuing a support order, so as to ensure that the issuing State  (in this case, California) is the only State with jurisdiction to modify its order absent specified, narrow circumstances.  As established : “Under UIFSA, once one court enters a support order, no other court may modify that order for as long as the obligee, obligor, or child for whose benefit the order is entered continues to reside within the jurisdiction of that court unless each party consents in writing to another jurisdiction.”   see:  Child Support Enforcement Div. of Alaska b. Brenckle.

This decision came about after a long history of pleadings, following a separation of a lengthy marriage which occurred in 1999, and the imposition of child and spousal support order for the father to be paid to the mother.  In this case, the father relocated to the Boston area in January, 2002, while the mother and child remained in California.  As a result of the father not paying the ordered support, arrearages accumulated, and, in February, 2003, the California Child Enforcement Division sent to the child support enforcement division of the DOR (Department of Revenue) the first of two requests for registration of the California support order.  This correspondence sought enforcement in Massachusetts through income withholding, while in June, 2003, a “judgment of dissolution of marriage” entered in the Los Angeles County Superior Court which increased the father’s monthly child and spousal support.  In March of 2004, the 2003 California Support Order was registered in the Probate and Family Court in Massachusetts for “enforcement only” and for “collection of arrears”.  Meaning that pursuant to UIFSA and Massachusetts General Laws Chapter 209D, the California support order was recognized in order to be enforced in Massachusetts, with the restrictions of enforcement only.

On March 31, 2004, the DOR initiated contempt proceedings on behalf of the mother against the father in the Probate and Family Court, whereby each party reached an agreement by way of stipulation.  That stipulation (which automatically becomes on order of the Court, once approved) required the father to make a lump sum payment and further weekly payments to reduce all spousal and child support arrears; to pay one‑third of the child’s college costs; and to pay the mother’s attorney’s fees. 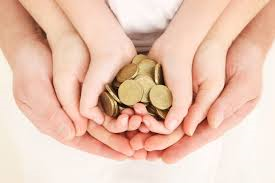 In October, 2006, the mother filed another complaint for contempt, and the father was found in contempt for, among other things, his failure to pay his agreed contribution to the child’s college expenses and uninsured medical expenses. which was part of the earlier stipulation.  Another stipulation was entered into in May of 2007 where the father agreed that he was guilty of contempt for having failed to pay “child support”, and:  continuing to pay towards the child support arrears; and that he reimburse the mother for attorney’s fees and costs.  In June of 2009 the mother filed another complaint for contempt and a Probate and Family Court judge found the father in contempt for failure to pay $26,940.60 in child support, $54,432 in spousal support, $24,000 towards the child’s college education, the child’s uninsured medical expenses in the amount of $26,230, and the mother’s legal fees and costs incurred in connection with prior and then-pending enforcement proceedings.  The father eventually filed an appeal on the basis that the basis that the Massachusetts Probate and Family Court lacked the jurisdiction to enter this last judgment.

The ultimate finding was that the original California Order which:  established support  (spousal and child), and the mother’s attorney’s fees in enforcing that the support order, IS enforceable in Massachusetts, and thus the father’s judgments against him in the complaints for contempt are to stand against him.  What is NOT enforceable, the SJC held, where the subsequent modifications of the California order which were entered into in Massachusetts, thus the father could NOT be found in contempt of those provisions:  father to pay child’s uninsured medical expenses and contribution to college education costs.

In Probate and Family Court, orders that are entered into may be modified (changed) by way of a Complaint for Modification, dependent on whether the original provision survives or merges with the agreement.  Normally, a surviving provision is treated as something that is independent (treated as a separate contract), and modifying it can be really difficult unless there are very certain narrow exceptions present.  A merged agreement (one treated as part of the original agreement) can be modified upon a showing of a material change of circumstances.  Orders that involve matters concerning the children can always be modified (child support, custody, etc), and under a recent string of cases, child support may be modified even absent a showing of a material change of circumstances.

The Supreme Judicial case discussed above was Cohen v. Cohen, a February 2015 decision.