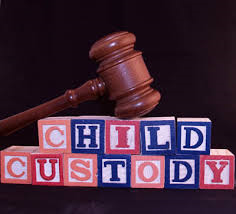 In an October 31, 2014 decision, the Massachusetts Appeals Court, upheld a Family Court’s ruling of awarding primary physical custody to the father, despite the fact the father had engaged in a pattern of past abuse towards the mother.  In Massachusetts, if there is a finding by a preponderance of the evidence that a pattern or serious incident of abuse has occurred, it shall create a rebuttable presumption that it is not in the best interests of the child to be placed in sole custody, shared legal custody or shared physical custody with the abusive parent.  The statue requires the Court “consider evidence of past or present abuse toward a parent or child as a factor contrary to the best interest of the child” when issuing any temporary or permanent custody order:   Maalouf v. Saliba, 54 Mass. App. Ct. 547, 549 (2002); Care & Protection of Lillith, 61 Mass. App. Ct. 132, 142 (2004).

The important factors to evaluate the above paragraph, rest on two valuable legal principles: 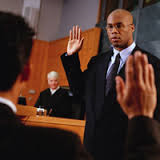 The Court rejected any such proposition by the mother’s expert, finding that there was no credible evidence that the children’s disobedience of and alienation from the mother was caused by the father.  To the contrary, the judge found that the father supported the mother, instructed the children to behave and obey the mother, and did not undermine the mother’s role as a parent.  The Court pointed as the basis for such decision, the evidence adduced at trial, including the testimony of a G.A.L., who had conducted a lengthy and detailed investigation, which the Court also found “impartial”, unlike the mother’s expert.

The G.A.L. testified that she was concerned if the children were placed primarily with the mother, the parties’ daughter could physically attack the mother or run away from home, and the parties’ son, who was in an emotionally vulnerable state, could commit suicide.   The G.A.L . went to further opine in her report that ‘[n]ow that the parties are separated the issue of physical abuse between the parties going forward becomes less of an issue.’

The Appeals Court held that the trial Judge “… properly recognized that the present case was not about punishing a party for past bad behavior, but was about deciding what was best for the children going forward.  The judge’s findings and rationale for placing primary physical custody of the children with the father, notwithstanding the pattern of abuse by the father towards the mother, reflect consideration of relevant circumstances, including the potential for violence between the mother and the children, the mother’s compromised parenting abilities, the children’s emotional connection and feelings of safety with the father, and the potential risks to the children should the father not have primary physical custody. …”

Inherent in Family Law is the dogmatic principle of balancing of the equities presented by the parties, along with the fundamental principles by which, ideally and pragmatically, equal the balancing of the best interest of the child in applying the equities of the former.  Making such determinations is no easy task for the Court, and more importantly it cannot be done, absent the careful, cogent, and comprehensive presentation of admissible evidence by the attorneys.

The Law Office of George N. Papachristos , having conducted trials in front of Juries and Judges, throughout the years, has an intimate knowledge of the value, relevancy and admissibility of evidence that is required to be presented in a case.  That skill is an invaluable asset required in any legal matter.