Home
Articles
Can A Finding Of “Neglect” By DCF Be Sustained Where A Child Was Present During A Parental Argument?

Can A Finding Of “Neglect” By DCF Be Sustained Where A Child Was Present During A Parental Argument? 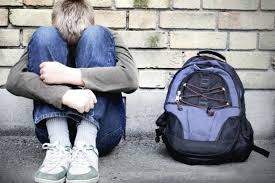 The Department of Children and Family Services (“DCF”) involvement normally begins with the report filed pursuant to what is commonly referred to a 51-A report, which involve a mandated reporter.  Such report is made if the mandated reporter who, in his professional capacity, has reasonable cause to believe that a child is suffering physical or emotional injury resulting from:

Abuse inflicted upon him which causes harm or substantial risk of harm to the child’s health or welfare, including sexual abuse; neglect, including malnutrition; physical dependence upon an addictive drug at birth, shall immediately communicate with the department orally and, within 48 hours, shall file a written report with the department detailing the suspected abuse or neglect; or being a sexually exploited child; or being a human trafficking victim.

The basis for the investigation rests on whether there is abuse or neglect as defined by 110 C.M.R. 2.00, and it must be based on “substantial evidence”, if a finding for either is made by DCF against the parent(s) or caretaker(s).    This post specifically focuses on a September 2014 decision, out of Middlesex Superior Court concerning the standard of review in DCF’s finding of “neglect” against a parent.

DCF defines neglect as failure by a caretaker, either deliberately or through negligence or inability, to take those actions necessary to provide a child with minimally adequate food, clothing, shelter, medical care, supervision, emotional stability and growth, or other essential care.  There have not been that many decisions outlining the definition of “neglect” by the Courts, but neglect  does not necessarily require that the child suffer any injury.   For example, in one case a day care provider was found to have neglected a child because she left the child unattended in a car for several hours, even though the child suffered no injuries.   Lindsay v. Dep’t of Soc. Servs., 439 Mass. 789, 792-95 (2003).

The facts underlying this case took place in late March 2013, when the parents were in the midst of a divorce, the mother took her seven year-old boy, to church in Dracut, Massachusetts.  The father stayed home. On their way home, the mother bought her son a donut at a local Dunkin’ Donuts.   When they arrived home, the husband threw a fit about the boy having a donut that might spoil his mid-day dinner, and an argument ensued.  The two adults wrestled to the ground whereby eventually, the mother ended up striking her husband with various household items.  It was alleged that the boy also tried at some point to pry the two from on another during the struggle, without any success.   The mother was later charged with assault and battery, which charge was continued without a finding for six months, and ultimately dismissed. 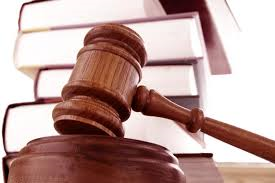 The Court made specific findings against DCF, stating:  “The little boy was, in no way, molested, abandoned, injured, or assaulted, except that he witnessed his parents’ altercation. This was the sole basis for the Department’s decision that…” mother, “…a registered nurse, had ‘neglected’ her son, thereby jeopardizing her professional career, causing further trauma to this troubled family, and forcing her own son to repeatedly relive this unfortunate incident through its re-telling to an army of agency investigators, bureaucratic personnel, and ultimately, a hearing examiner. …”  Although the Court did mention that DCF did act properly in their initial involvement, their supporting of a finding of “neglect” against the mother was not within the proper line of appropriate case law, and that DCF should not be free of scrutiny by an independent party, in this case, the Court.  The Court also made further findings that DCF findings based on “reasonable cause” and not “substantial evidence” is wrong, and cannot be sustained.

The interplay between Child protection and law enforcement can be sometimes blur the lines between the roles of respective governmental agencies, especially where there is little judicial oversight, specifically in regards to DCF.  Understanding such process and being able to apply the applicable governmental regulations with relevant judicial decisions in order to ascertain how a client’s rights be best preserved, is a must for a practitioner in the area of family and criminal law.

Having those practices in mind and based on the experience of the firm, the Law Office of George N. Papachristos, is ready, willing and able to assist in such matters.