Home
Articles
Can A Failure To Provide Help Result In Criminal Liability In Relation To A Drug Related Death?

Can A Failure To Provide Help Result In Criminal Liability In Relation To A Drug Related Death? 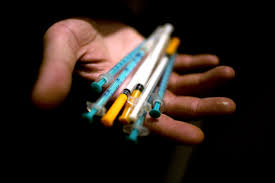 A woman charged in connection with the death of a Google executive, was arraigned  in a Santa Cruz court on Wednesday, July 9, 2014.  The woman identified as Alix Catherine Tichleman, 26, was charged with manslaughter, administering heroin to another person, administering bodily harm, moving heroin across county lines, possession of heroin and prostitution charges. Forrest Timothy Hayes, 51 was found dead November 23, 2014, aboard his 50-foot yacht in the Santa Cruz harbor.  A public defender asked that her arraignment be postponed until July 16.  The police were able to obtain surveillance video from the yacht on where this alleged offense took place, which depicts Tichleman, stepping over Hayes’ body several times while gathering her belongings, at one point stepping over him to finish a glass of wine, according to police.  The described incident occurred after the injection of the alleged heroin.  The police say that the video finally shows her leaving the boat and then reaching back to lower a blind and conceal Hayes’ body from outside view.  “Rather than provide first aid or call 911, Ms. Tichleman proceeds to gather her belongings including the heroin and needles,” the police statement reads.

In Massachusetts one can be charged with the murder of another by several ways.  One such would be the charge of Manslaughter (voluntary or involuntary).    Mass General Laws Chapter 265 s. 13, Manslaughter is further defined under two principles:

“Wanton or reckless conduct consists of an affirmative act like driving an automobile or discharging a firearm.  An omission, however, may form the basis of a manslaughter conviction where the defendant has a duty to act…”

Applying the above fact pattern to some of the aspects of Massachusetts law, the question could be raised as to the following: 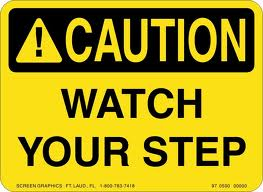 Given the limited facts available, it may seem, at least ostensibly, that she was charged because of her failure to provide help?  Keeping in mind that as to whether she had a duty to act?  In Massachusetts a duty to prevent harm arises when one creates a dangerous situation, whether that situation was created intentionally or negligently, and a person is placed in a position of danger to which the actor fails to safeguard or rescue that person, directly resulting in death.  Such an omission may be sufficient to support criminal liability.  An example of such would be where an individual causes a fire, and increase the risk of harm to others from that fire by allowing it to burn without taking adequate steps either to control it or to report it to the proper authorities.  Keep in direct contrast the scenario where a mere passerby who observes a fire and then fails to alert the authorities.  (no criminal liability).

A duty to act can be automatically found where there is a familial relationship, position of trust, or legal custodial setting.  I.e.:  parent-child, doctor-patient, guardian-child, are just some examples.

Was there a failure to act by Tichleman?

Criminal and civil liability in these types of scenarios can play out in several ways when applying the appropriate cases that have been decided in Massachusetts.   Another example of imposing criminal liability to individuals under almost arguably similar circumstances would be where a dealer of narcotics is charged in connection with the death of a known user.   Such theories of criminal liability have been applied in other States in the recent years, but as a matter of actual proof, they are very difficult.

As a former prosecutor in the area of drug investigations and prosecutions, matter of proof in regards to the chain of causation, have always been difficult.  Given the nature of technology today and its availability, there are many resources to law enforcement in regards to drug investigations, especially cell-phone evidence.  For some discussion on that matter, please feel free to review my post about cell phone tower information.