A Look At Whistleblower Provisions In Veteran’s Affairs And Massachusetts 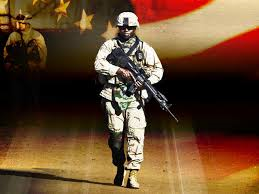 As more stories develop concerning the gross lack of much-needed treatment and help for Veterans, the Veterans Affairs Administration received another crushing blow about how it tried to retaliate against workers who tried to report problems they saw.  Four “whistleblowers”  described transfers, harassment, altered personnel records, and  mysterious breaks between paycheck as just some of the forms of retaliation as stated by such whistleblowers from four different regional VA systems, who testified Tuesday night before the House Veterans Affairs Committee. The hearing is likely to add to current Veterans Affairs secretary nominee Robert McDonald’s long list of agency problems that have come to light since news of the VA scandal broke in April.

Dr. Katherine Mitchell, who served as the Medical Director of the Iraq and Afghanistan Post-Deployment Center in the Phoenix VA Health Care System, testified on Tuesday that as head of the emergency department,  that she saw many serious errors due to understaffing, but that her concerns went unaddressed. ”It is a bitter irony to me that I as a physician could not guarantee [patients’] safety in the middle of cosmopolitan Phoenix,” she said. Mitchell said she was placed on involuntary administrative leave and investigated for including some patient information in confidential Inspector General complaints.

Massachusetts has a whistleblower law, Massachusetts General Laws Chapter“ M.G.L. ch.” 149, § 185, that applies to public sector employees and while Massachusetts does not have a whistleblower statute that covers private sector employees, “[a] federal statute … can be the basis for the public policy exception needed to make a claim of wrongful termination under Massachusetts law.”  In a 1999 case, a federal magistrate judge in the First Circuit allowed a case under Massachusetts law to proceed to trial on a claim for wrongful termination in violation of public policy.  The plaintiff in that case, alleged that he was constructively discharged and discriminated against for reporting a possible improper loan by his employer, a credit union. The employee claimed that his discharge violated the whistleblower protection in the Federal Credit Union Act.  The Court held that the employee could also bring a state claim for wrongful discharge in violation of public policy, based on the federal whistleblower statute.

There have been some states cases that have come down with decisions concerning this area of the law.  One of them was a case which was brought under M.G.L. ch.149 § 185, in 1998, where a Norfolk Superior Court jury issued a verdict and judgment of $55,000 in favor of a state police sergeant who was involuntarily removed from the Special Tactical Operations team because he “expressed concern” about the state police using live ammunition during a training exercise.   It is also an important point of note in this case that the state police sergeant was not fired, but merely removed from the STOP team. This case appears to be the first case brought under the statute. The officer was awarded $55,000 in damages plus interest at 36 percent.

In another example of a private complainant, in a 1998 Federal case in Massachusetts, the Court allowed a case to go forward where an employee claimed that she was fired in retaliation for reporting her supervisor’s criminal acts.  The Federal Court repeated the rule of law in Massachusetts that an at-will employee has a cause of action if he or she is discharged for complaining about criminal conduct, even if the complaint is made internally to the employer rather than to public authorities.   In this case, a female employee alleged that her female supervisor often “displayed herself naked to employees and customers in the Boston store.”   Such conduct could qualify as a criminal act- (open and gross lewdness) under M.G.L.ch. 272 § 16.  The female employee at the time also complained that her boss had violated state law by serving alcohol to minors at company staff meetings, and that the employee complained about this misconduct to the district manager and that she was fired in retaliation for making those complaints.  The federal court noted that the allegations noted above were sufficient to establish a viable cause of action under the “public policy” exception.   Other counts unrelated to this discussion, were dismissed by the Court.  [(Count I), breach of implied covenant of good faith and fair dealing (Count III), and alleged violation of the Massachusetts Civil Rights Act (Count IV) were all dismissed.]

The government already has dozens of VA whistleblower complaints to investigate; on June 23, the Office of Special Counsel (OSC) sent a letter to President Obama and Congress stating it had received more than 50 complaints, and that it had already referred 29 of them to the VA for investigation.

Notwithstanding the unavoidable and inescapable fact that Veterans have not been receiving the care that they rightfully deserve, the issue of retaliation has exponentially catapulted the malfeasance behind their mistreatment, and hopefully it is addressed.

With a view towards giving back and understanding the contribution that service members make to the Country, this office has represented Veterans on a pro bono basis.   In a recent case, the office was able to gather information and resources pertaining to prior service of a Iraq War Veteran and mitigating circumstances concerning his condition and treatment. The office was also able help enroll  the Veteran in another program to assist with further integration. Was proud to represent such an upstanding individual who had given so much and has come so far. By presentation of all these mitigating factors to the appropriate entities the complaint was not issued. Honored to be able to help.