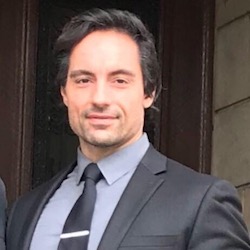 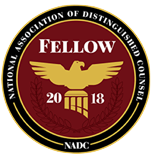 George Papachristos graduated from the Massachusetts School of Law with a Juris Doctor in the summer of 2004, and was admitted to the practice of law in Massachusetts in 2005. While in Law School, George interned for the Criminal Clerk's Office in Quincy, Massachusetts, and the Norfolk District Attorney’s Office, opportunities that molded him for the practice. In serving the public, often in high stress situations, he fostered a talent for making quick, strategic decisions and cemented his core values at the very early stages of his career. During his internship for the Quincy Clerk’s Office, George quickly developed a great sense of the inner workings of the Court system while devoting his time to assisting the public with various concerns and questions, and assisting the Assistant Clerk Magistrate’s in sessions conducted at the courthouse, such as probation violation hearings, small claims and show-cause hearings.

While interning with the Norfolk District Attorney’s office, George solidified his devotion to serving the public and quickly fostered the core values required of a talented attorney: hard work, compassion, empathy and a passion for applying this knowledge to helping people. He adapted to the needs required of his cases and his supervisors, and continued on with his sights set on passing the Massachusetts Bar Exam.

In 2007, George was promoted to the Major Felony Unit where he practiced exclusively in the Norfolk Superior Court. He handled a wide variety of cases, including major felonies that involved motor vehicle homicide and drug trafficking cases. His experience not only included countless hours in the courtroom, but also in the investigative phases of cases. During his career as a prosecutor, George worked with local, state and federal agencies in the development and prosecution of cases. As part of the Motor Vehicle Homicide Unit, George responded to crime scenes involving motor vehicle related fatalities that occurred within the County and participated in investigations involving local and state police.

During his tenure in District and Superior Court, George attended several trainings in regards to courtroom case development as well as the investigative phases. These include but are not limited to: Career Prosecutor Training; Forensic Evidence Training; Advanced Reconstruction Training and Prosecution; the Gang Prevention Summit; Medico-Legal Death Investigations Training; and Narcotics Investigations and Search Warrant Trainings. George was also the Trial Adviser for the Harvard Law School Trial Advocacy Workshop at Harvard Law School in 2008 and was a featured speaker at the Norfolk County Superior Court Practical Skills Seminar in the area of Accident Reconstruction in April of 2012 at the Norfolk Superior Court.

Currently, George’s areas of expertise range from criminal defense to family law, including but not limited to divorce, child custody and support cases, contract disputes and litigation, franchise litigation and transactional work. As a lawyer with an eye for the community, George continues to work diligently with non-profit law programs such as Senior Partners for Justice, the Massachusetts Bar Association, the Norfolk Bar Association and The Senior Partners for Justice, which partners with the Volunteer Lawyers Project to provide pro-bono legal services to Boston persons in need.

George is a native of Greece, is bilingual and currently services the Greek community in Greater Boston as a loyal attorney.

Training at the Westwood Police Department

The Reformer, An Administrator, a Prosecutor, and a Talk Show Host, Summer 2010 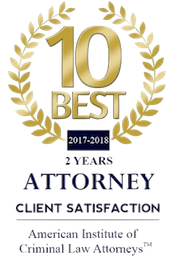 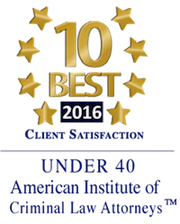